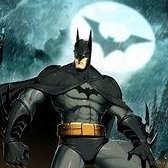 I for one... am thankful that MEGHAN is publicly doing this ACTION!!!

I Pray that more and more people of INFLUENCE would PUBLICLY give GLORY to GOD!

Meghan Markle is forging her own path amid her and Prince Harry's decision to step down as senior members of the royal family.

The Duchess of Sussex has reportedly signed a voiceover deal with Disney in exchange for a donation to a wildlife charity, according to multiple reports. The deal is for an unspecified project and will benefit the conservation charity Elephants Without Borders, an organization that helps to track and protect the animals from poaching, per the U.K. newspaper The Times.

0 answers to this question