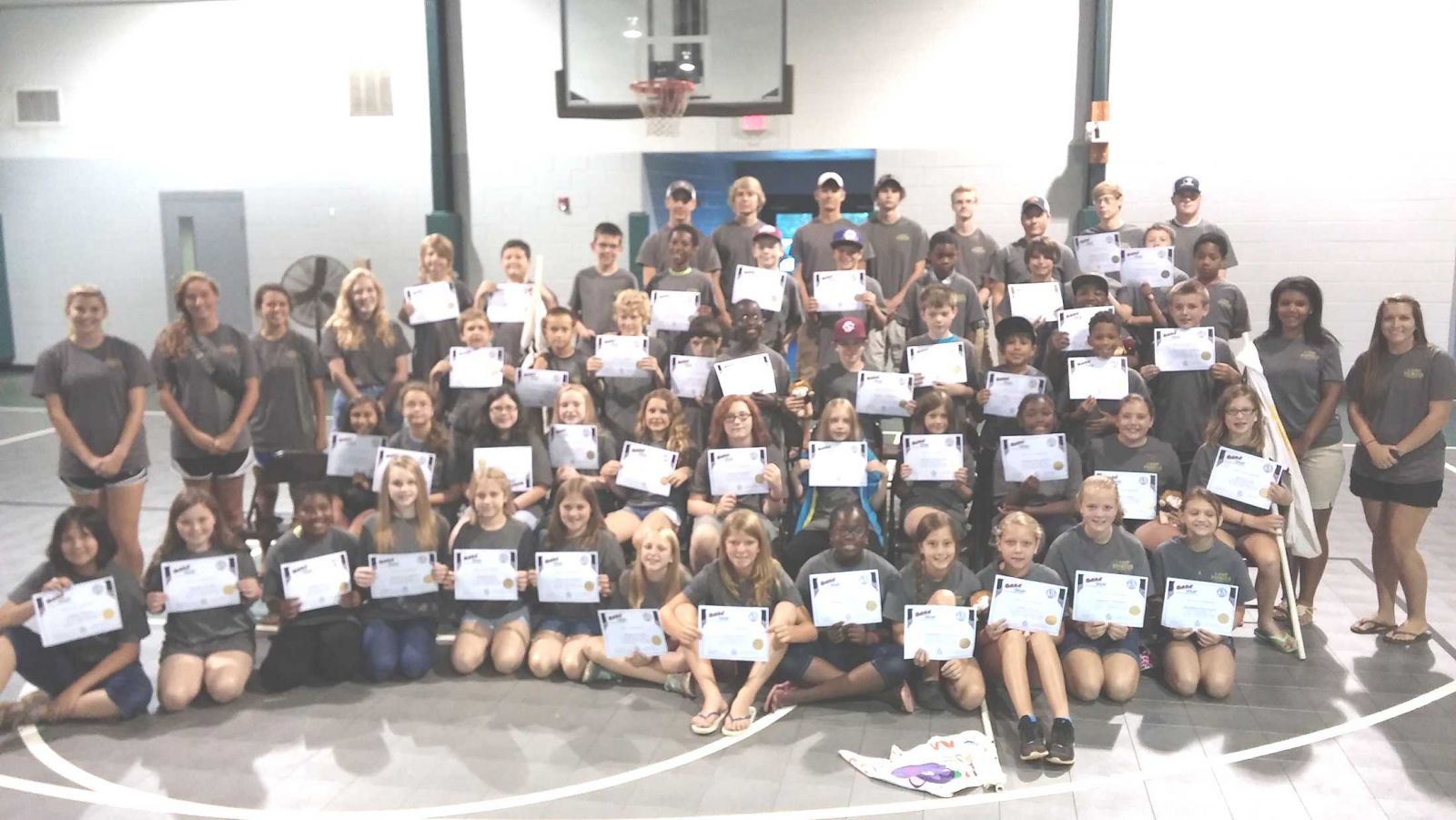 Pineland in LaGrange, Georgia. D.A.R.E. campers spent the week sleeping in cabins at night and during

field day events, indoor gym games, and a talent show. Campers also had a shaved ice truck come out one

evening which was a big hit amongst the kids.

But it wasn’t all fun and games, each day the D.A.R.E. staff taught leadership lessons twice a day to the

campers. The lessons included cyber safety, the effects of drug and alcohol impairment (even on the

simplest of tasks), the dangers of over the counter (OTC) and prescription drugs, how to improve your self

esteem, dealing with peer pressure, how to be a young lady/young gentleman, the effects of meth on the

brain, and Georgia law and the middle school student.

Partial funding for the D.A.R.E. Camp was provided by the Drug Education Fund of the Paulding County

Superior Court. These are funds that have been paid as restitution by a drug offender who gets convicted in

time in a young person’s life.” Sheriff Gulledge further explained, “…the partnership with D.A.R.E., the

young people aware of the dangers that they may face in today’s world”.

There are no comments to display.